This functionality is implemented using Javascript. It cannot work without it, etc...
510-618-1950 ACCASA@acgov.org

Thank you to CASA because in early in 2005, I began a deep search for meaning in my life.  I contemplated long and hard about what would bring more aliveness and depth in my heart.  Ultimately, I realized that an altruistic contribution to my community was what I needed to give.  I thought about volunteering with senior citizens who often times are forgotten about yet they have much love and wisdom to give.  Seniors have much pain and joy to share after a long life lived.;

But again, CASA found me!  These miracle children are at the beginning of their journeys.   I realized more specifically that my purpose during that time was to work closely with abused and neglected children held captive by the court systems. I have compassion and understanding on the deepest level of the arduous journey our children travel once in the system.  It can be a capricious and nebulous path.  What a tragedy.  My goal as a CASA volunteer is to give what I missed as a child but later found. What I found, was unconditional love, guidance, self knowledge & the tools to retain a peaceful state of mind.

I spent the first five years of my life in the foster care system.  I am thankful that I inherently possessed the strength to survive the turmoil.  I have a very young son and I am thankful that he has a deep connection with both me and his father. For all of the CASA cases I gladly worked, each child taught me many precepts. The two main precepts are love and the gratifying duty of service.

It was a warm, bright September afternoon and armed with directions, I headed off to meet my new CASA youth. I was excited and a little nervous. Though I had lived in Oakland for many years, I had never been in the neighborhood I found myself in that day. As I approached the house, two young men passed me and one of them said something complimentary to me; I smiled and headed for the group home door.

There, I was met by two group home staff members and my CASA supervisor. We all settled into a small but clean and comfortable living room and began talking about the young man who would soon become a very important person in my life. He had been in the group home for several years and was well thought of by my most everyone in his life. He was, however, within two years of his emancipation and had a long way to go before he earned enough credits to graduate high school. This is not an unusual situation for many foster youth. Due to several school changes, a lack of parental oversight, a general disinterest in the rigors of school or perhaps an incomplete understanding of the value and importance of education, many foster youth fall measurably behind in school and find graduation an out-of-reach quest. This—school and graduation—became a major focus for me and my foster youth. I met his teachers, talked to him incessantly about attendance at school, pushed him, nagged him and generally tried to remove the barriers to graduation.

But in the three years we have been together, our relationship has become so much more. We have truly shared our lives with each other. We are friends—good friends. He is a trustworthy, kind, good-natured and increasingly responsible. He works full time, shares an apartment with a roommate where he pays rent and is beginning to save money for the future.

Over the years, we have laughed, argued and eaten together more times than I can count. We’ve irritated and delighted each other, sometimes within minutes. I hope I’ve helped him with some of the difficulties one faces in reaching adulthood. I think I’ve helped him in reaching some of his goals. I try to be an available, sensitive listener when he chooses to discuss his concerns. But I know that my relationship with him has changed me and who I am in the world.

By the way, the young man I didn’t know who passed me on the street three years ago and paid me a compliment, turned out to be my CASA youth. 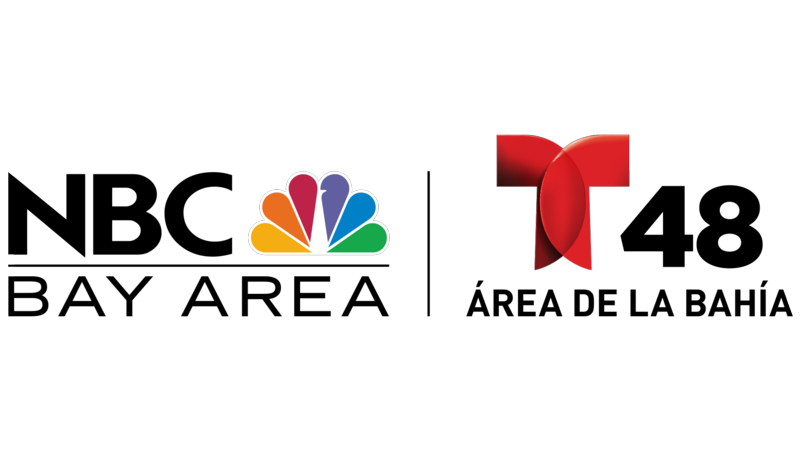 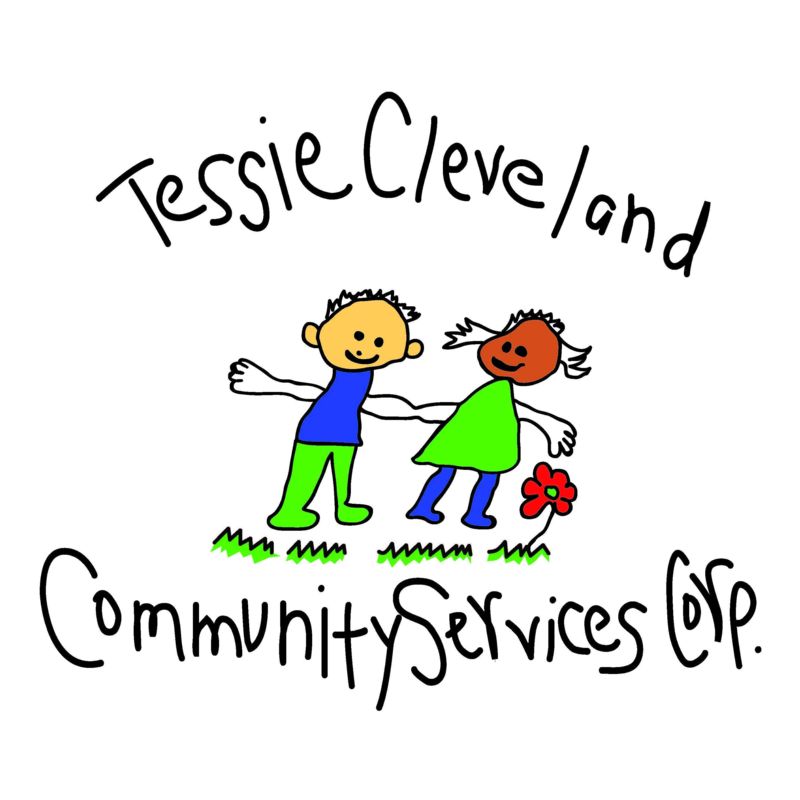 Alameda County CASA recruits, trains, and supports committed volunteers to stand with the young people of Alameda County when they need it most. These mentors learn the personal stories of their youth, provide fun life-enriching experiences to help them grow, and advocate for them in a variety of situations. CASAs collaborate with child welfare and legal professionals to assist the youth in legal proceedings, family visitations, educational support, and medical and mental health needs. CASAs promote healthy choices and support independent living skills that lead to higher education, positive relationships, and purposeful lifestyles. Sometimes their most valuable role is being the most trusted person in a child’s uncertain life. Our volunteers often forge bonds that last into successful adulthood.

As a result, Judge Soukup enlisted local community volunteers to help speak for the best interests of each child in court.  50 people responded and the CASA movement was born. Today there are more than 96,000 Court Appointed Special Advocates/Guardians ad Litem in 948 state and local programs in the National CASA/GAL Association.

ACCASA is proud to be part of ACGOV Vision 2026, which is a comprehensive effort to set a course for the next decade to boldly address challenges and help meet residents’ needs to promote vibrant, safe, healthy, and inclusive communities

CASA volunteers working with adolescents ages 13-17 assist their youth in developing positive, self-sufficient behaviors that will ease their transition from foster care to independence, as well as ensuring their youth have their educational needs met and that they are headed toward high school graduation or equivalent. They often focus on encouraging goal development, promoting secondary education, and may assist youth with employment and college applications. CASA volunteers often encourage youth to participate in available therapeutic services to increase their emotional well-being. They help ensure youth have the skills and resources needed to transition into stable and healthy adulthood.

Vital learning and growth occur early as children ideally meet physical and developmental milestones. CASA volunteers working with children ages 0-8 play a crucial role, observing the child and their environment; they collaborate with the child’s professional team including child welfare workers and attorneys and request additional resources to support and enhance the child’s physical and emotional development. Reading to and playing with the child helps their brain development and increases both gross and fine motor skills. Preschool to third grade, particularly literacy skills, lay the foundation for the rest of the child’s schooling. Communication with caregivers and other team members is critical as the child cannot fully express their thoughts and needs.

CASA volunteers working with pre-adolescents are assigned to children ages 9-12. As a crucial age where educational patterns and competencies continue to emerge, CASA volunteers working with this age group often focus on educational advocacy. They may participate in the development of their child’s Individualized Educational Plan (IEP), and request needed evaluations and services. They work with teachers, respond to disciplinary actions, and work one-on-one with their child and the caregiver to improve attendance and grades and keep the child on track for promotion to the next grade level. This is also a critical time to encourage prosocial development.

Young people may opt to stay in extended foster care from age 18 to their 21st birthday. As they are adults, they must directly apply and provide consent to receive CASA program services. CASA volunteers provide a unique combination of mentorship, coaching, and advocacy, assisting youth as they learn what it means to be an adult. Foster youth have experienced trauma and transitioning into adulthood can be harrowing. Unlike young people who have the safety net of family support, independent foster youth must immediately find employment to become self-supporting, secure/maintain safe and affordable housing, and/or finish high school, attend college, trade school, or participate in another career development program. Without a safety net and often lacking support and guidance, such milestones may seem completely out of reach, causing overwhelming stress and anxiety, and increasing the potential for failure. CASA volunteers assist their youth in finding employment, applying for college, and establishing lifelong healthy habits. They also encourage their youth to practice positive social-emotional behaviors, while helping to ensure that their basic needs are met during the difficult transition from system-dependency to independence.

Every child needs someone in their corner. For children and youth facing the complex foster care system, that trusted adult can be hard to find. Through no fault of their own, these children are often separated from family and face a constantly shifting world of temporary homes and intervening professionals. Having a dedicated advocate to help them navigate the challenges while providing compassionate personal guidance is invaluable asset for young people looking to reach their potential.
Alameda County Court Appointed Special Advocates (ACCASA) is a member of the National CASA Association, which has helped ensure the security and wellbeing of more than two million children across the United States. We recruit, train, and support committed volunteers to stand with the young people of Alameda County when they need it most. These mentors learn the personal stories of their youth, provide fun life-enriching experiences to help them grow, and advocate for them in a variety of situations. CASAs collaborate with child welfare and legal professionals to assist the youth in legal proceedings, family visitations, educational support, and medical and mental health needs. CASAs promote healthy choices and support independent living skills that lead to higher education, positive relationships, and purposeful lifestyles. Sometimes their most valuable role is being the most trusted person in a child’s uncertain life. Our volunteers often forge bonds that last into successful adulthood.
ACCASA relies on quality volunteers and sustaining donations to continue our mission. Your support as a volunteer, donor, or partner has a profound effect on the future of each child, on the strength of families, and on the fabric of our community.